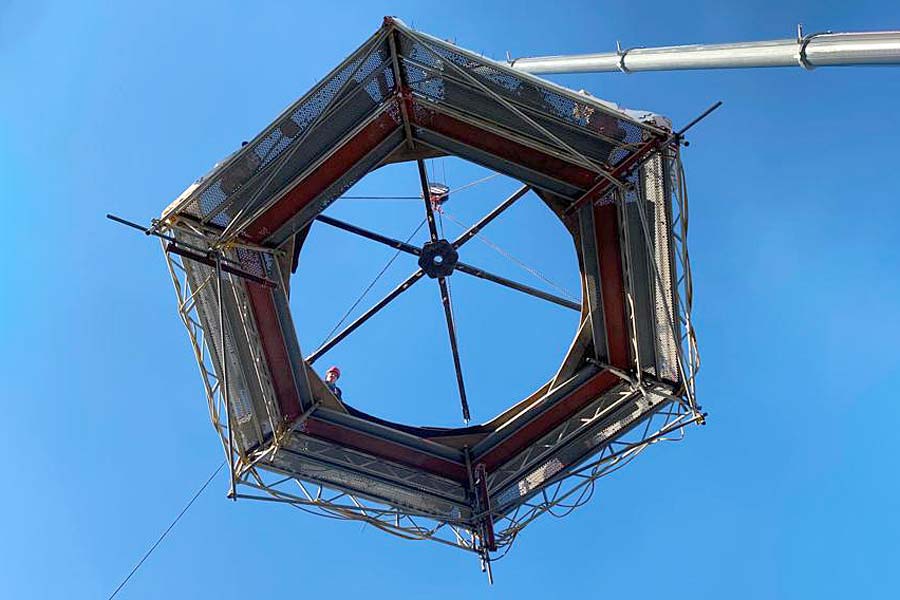 Our self-developed, crane-guided scaffolding system was used to safely dismantle the 70 meter high chimney. The scaffolding is lifted over the chimney cap and held in position by a crane. After the partial demolition, the scaffolding is gradually lowered to the next demolition position. In addition to an increased level of safety, dust emissions were significantly reduced by this method, since the demolition material was thrown inwards and removed through a previously made opening at the foot of the chimney.