Sequential collapse of a structure represents a new method for demolishing buildings. The collapse is not initiated by explosives. Thus, the risks of detonation, such as primary scattering or load or partial load failure, are avoided.
Based on the external conditions, a collapse geometry is first determined. This is followed by targeted pre-weakening of the structure via separating cuts, partial demolitions, or similar. By developing a model, the loads at the critical points of the structure are determined. This allows both the safe pre-weakening of the building and the exact determination of the time of collapse.
The collapse itself is triggered by remote-controlled excavators, saws, or by pulling in or pushing in using winches. 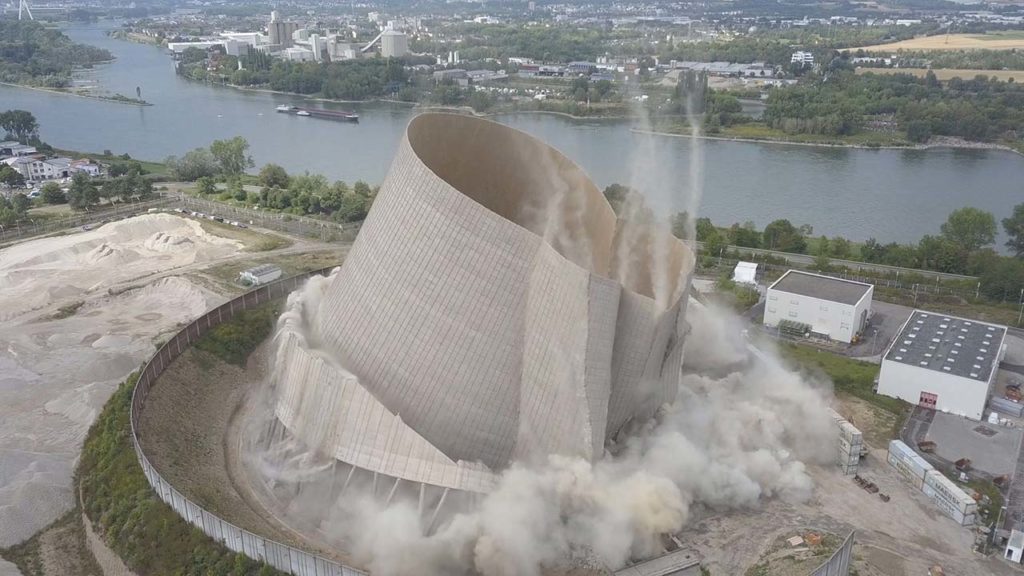 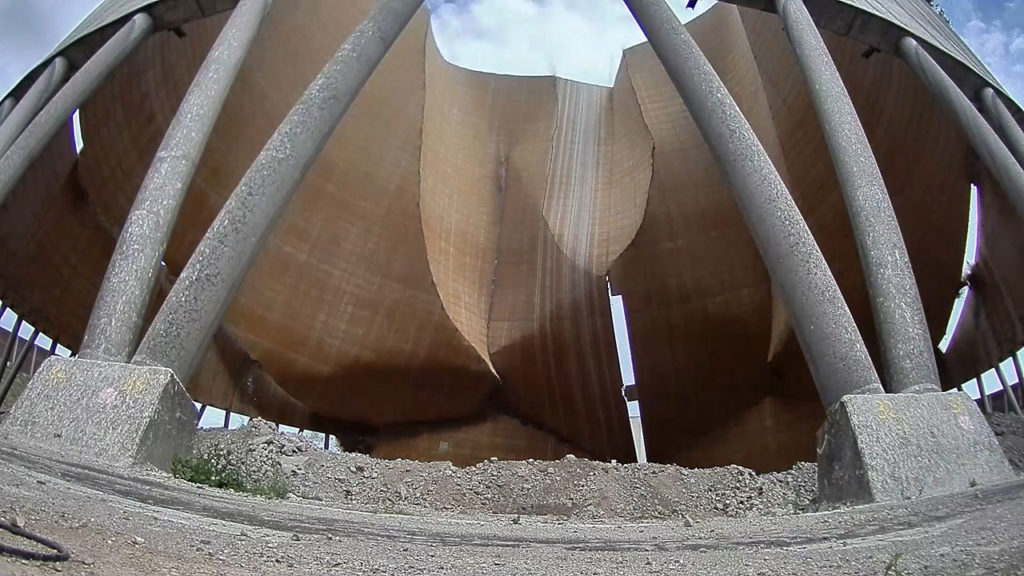 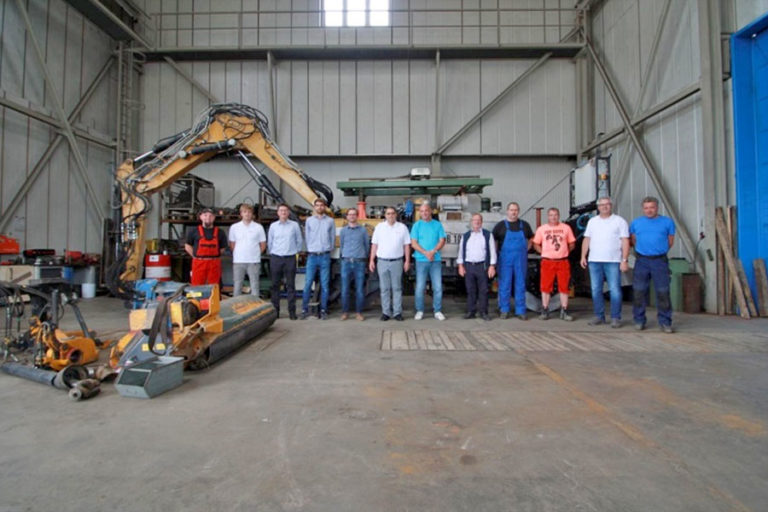 Together with the TU Dresden and IBL-hydronic, we are working on the MAMA process (machine-based, automated, unmanned, demolition process) for the RDB 100i.
› Details 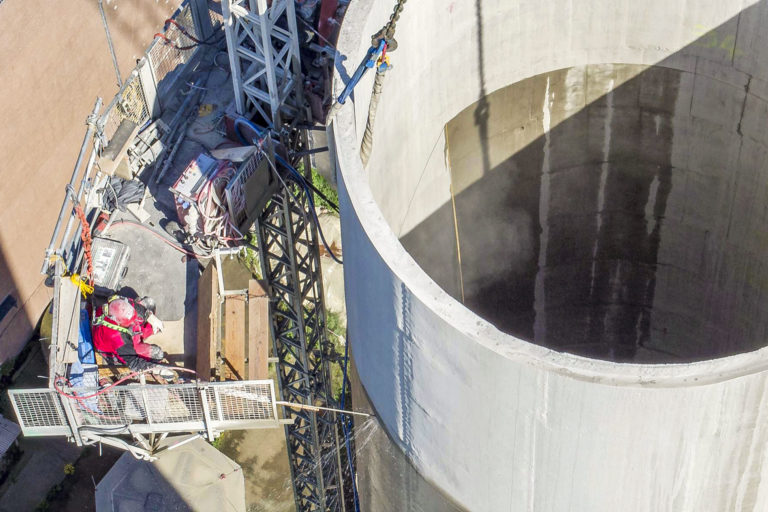 A wire saw is often used to process components with large cutting depths and to cut tubular structures to size.
› Details 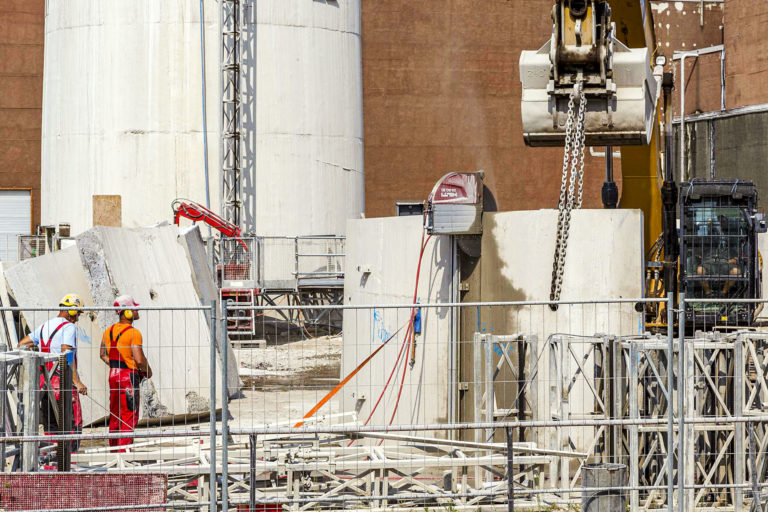 Saw blades with a diameter of up to 1,600 millimeters are used for the wall saw, which allows for cutting depths of up to 73 millimeters.
› Details 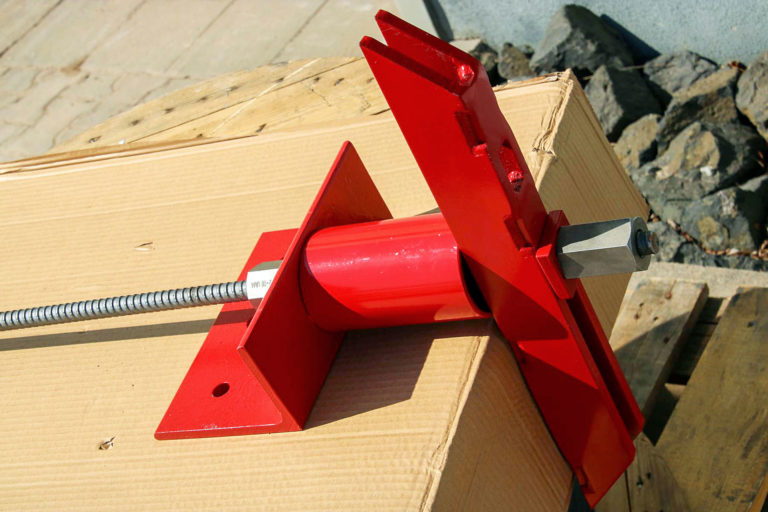 The heavy-duty fastening device (drop anchor) is used to fasten loads to building structures where the wall panel has to be anchored.
› Details
All milestones
Manage cookie consent
We use cookies to optimize our website and service.
Manage options Manage services Manage vendors Read more about these purposes
Vorlieben
{title} {title} {title}